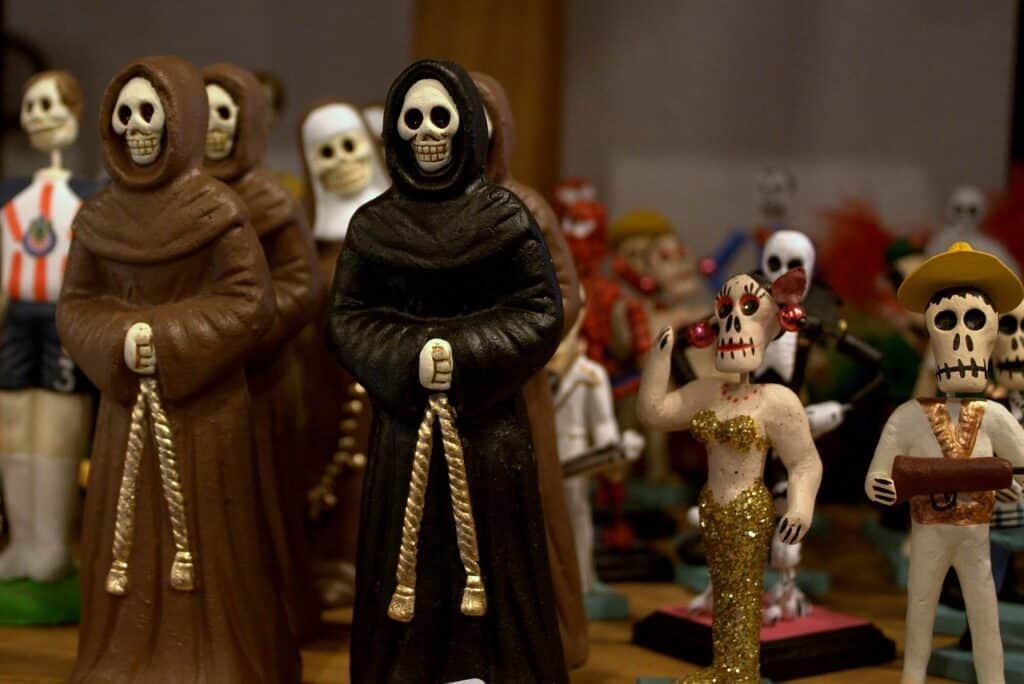 Origins of Halloween date back to Celtic people over 2,000 years ago. On Samhain day, the Celts believed the dead could walk among the living. According to Halloween – An American Holiday: An American History, some Celts donned ghoulish costumes to fool roaming spirits into leaving them alone.

Others instead offered sweets to appease spirits. Medieval Britain’s pilgrims would carry hollow-out turnip lanterns that symbolized a soul in limbo as they went door to door asking for food. Because of the abundance of pumpkins and the ease of hollowing and carving them, pumpkins replaced turnips during the 1800s in North America.

But how do countries like Mexico, England, and Ireland celebrate Halloween? Let’s explore below.

El Dia de Muertos is Mexico’s Day of the Dead festival, which is like Halloween in some ways, including costumes, food, and more such as:

But El Dia de Muertos, which is arguably Mexico’s most well-known holiday, also combines the traditions of European-born colonizers with indigenous Mesoamericana.

Aztec festivals of the dead were two-month celebrations of the harvest and of personifying and honoring the dead. A priestess of Mictecacihuatl, the Aztec Goddess of Death and the Underworld, presided over the festival.

They left offerings for the dead on altars made by participants, including:

In ancient pre-Hispanic cultures, the departed souls would return to the realm of the living during these days. After the Spanish conquest of Mexico and introducing Christianity, Mexico’s new rulers adopted All Saints’ Day (November 1) and All Souls Day (November 2). Today, Mexico celebrates these two Catholic holidays under the name Los Dias de Los Muertos.

They invited the dead to return to their families for the celebration. Often, families place photos of their loved ones on altars to welcome them back and write poems to them. Celebrations include:

In particular, those bereaved in the past year find the festival essential to cope with loss. They hold a memorial feast at the gravesite of a deceased loved one on the eve of November 2, the Day of the Dead. Family members may keep a night-long vigil by eating the food they have prepared, visiting, and praying for each other and all the deceased family members. They present many Mexican culture ceremonial objects and signature items on the altar, a central celebration. 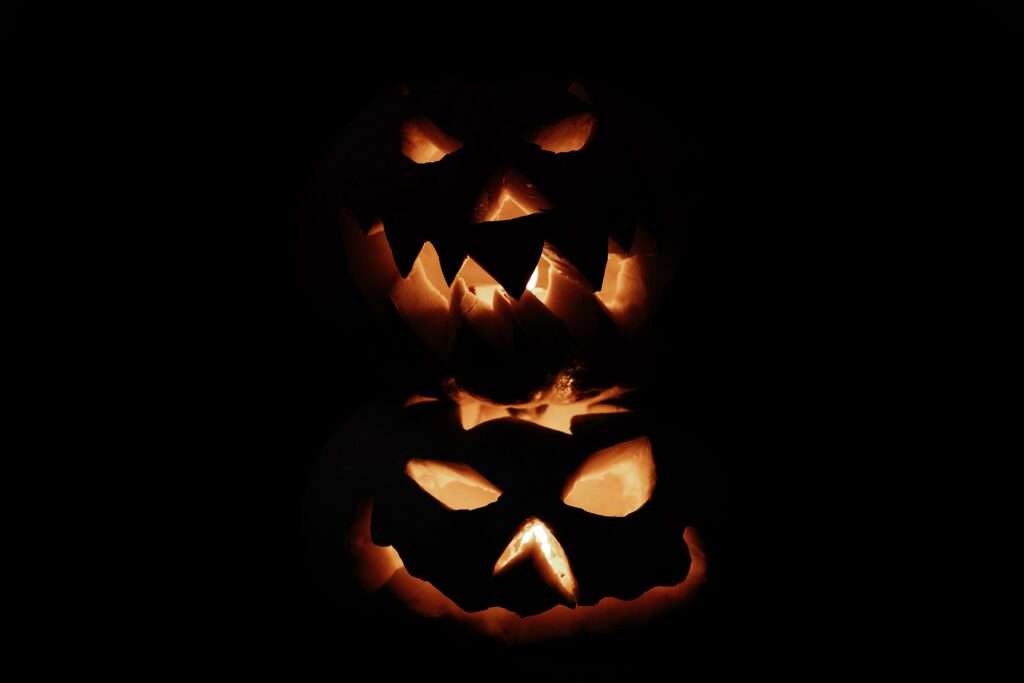 A whole new wave of spooky entertainment comes to England on Halloween, making trick-or-treating a thing of the past. From theme parks, castles to spooky events, the British have traditionally celebrated Halloween in a variety of ways, including:

They placed an illuminated candle inside the lanterns found on window sills to ward off evil spirits. The United States deserves a debt of gratitude for the tradition of trick-or-treating that uses pumpkins, a relatively modern invention imported from the States!

As Britain evolved, a new religion also emerged. The first Christians arrived in those northern and westernmost reaches of the early Celtic Church, and Saint Augustine from Rome also moved up from Kent in 597. Christians brought their common festivals such as All Hallows’ Day, also known as All Saints’ Day, to honor Christian martyrs.

Pope Gregory, in the 8th century, had the feast moved from May 13 to November 1. The purpose was to replace or assimilate the Celtic holiday of Samhain with an event of the same nature but approved by the church. All-Halloween, Hallow Eve, then Hallow’een, and then Halloween became synonymous with Samhain. The Brits consider Halloween the most potent time of the year because of the belief that the spirit world can reach the physical world.

Although Halloween has never been as popular in the UK as in America, it has grown in recent years. Bonfire Night and Guy Fawkes Day are historically much bigger celebrations. That’s possible because they’re very close to Halloween and have subversive purposes. Two mischief-making adventures in a week are hard to justify.

Most Brits these days enjoy Halloween, but not as many as in the United States, especially older people. If you know where to look, you will find Halloween events in London. Many Brits, especially the young children, celebrate Halloween in traditional American fashion with pumpkins, costumes, and trick-or-treating. Several British stores display and sell Halloween crackers similar to Christmas crackers but with vampires and mummies.

As Halloween approaches, many the Irish hang spooky decorations, wear creepy costumes, and enjoy this frightful holiday with family and friends. Remember, however, that not all households celebrate Halloween. They commercialize the holiday in Ireland, which some people don’t like. Instead, they keep the old traditions of Samhain.

They elaborately decorate the whole neighborhood for Halloween when it comes around. The classic pumpkins and cobwebs are basic looks, but others go beyond the basic with animated props, creepy door knockers, and spooky lights and music to create a unique and eerie atmosphere.

Originally called All Hallows Evening, countries have celebrated Halloween worldwide under various names throughout history. The modern celebration of Halloween has its origins in the Celtic festival Samhain, which originated over a thousand years ago among the Celts in Ireland. It marked the onset of the dark half of the year at the end of the harvest season.

The Irish still celebrate Halloween widely. Bonfires, like those lit by the Celts thousands of years ago, are lit in rural areas, and children from all over the country dress up in costumes as they trick-or-treat through the streets.

Halloween parties usually follow trick-or-treating. They play several games at the parties, including “snap-apple,” where they tie an apple to a doorframe or tree, requiring players to bite it to score points. Bobbing for apples is not the only activity parents create for their children; they often arrange treasure hunts with candy or pastries as prizes. The Irish also play a card game with candy underneath cards laid face down. A child gets what he finds below his chosen card.

It’s a tradition in Ireland to eat barmbrack on Halloween, a kind of fruitcake you can buy in the store or bake yourself. Inside the cake is a muslin-wrapped gift that can do one of the below:

Kids also like to play tricks on their neighbors, such as “knock-a-dolly,” a prank where kids knock on neighbors’ doors but then run away before the neighbor opens the door.

Ticket will go on sale soon